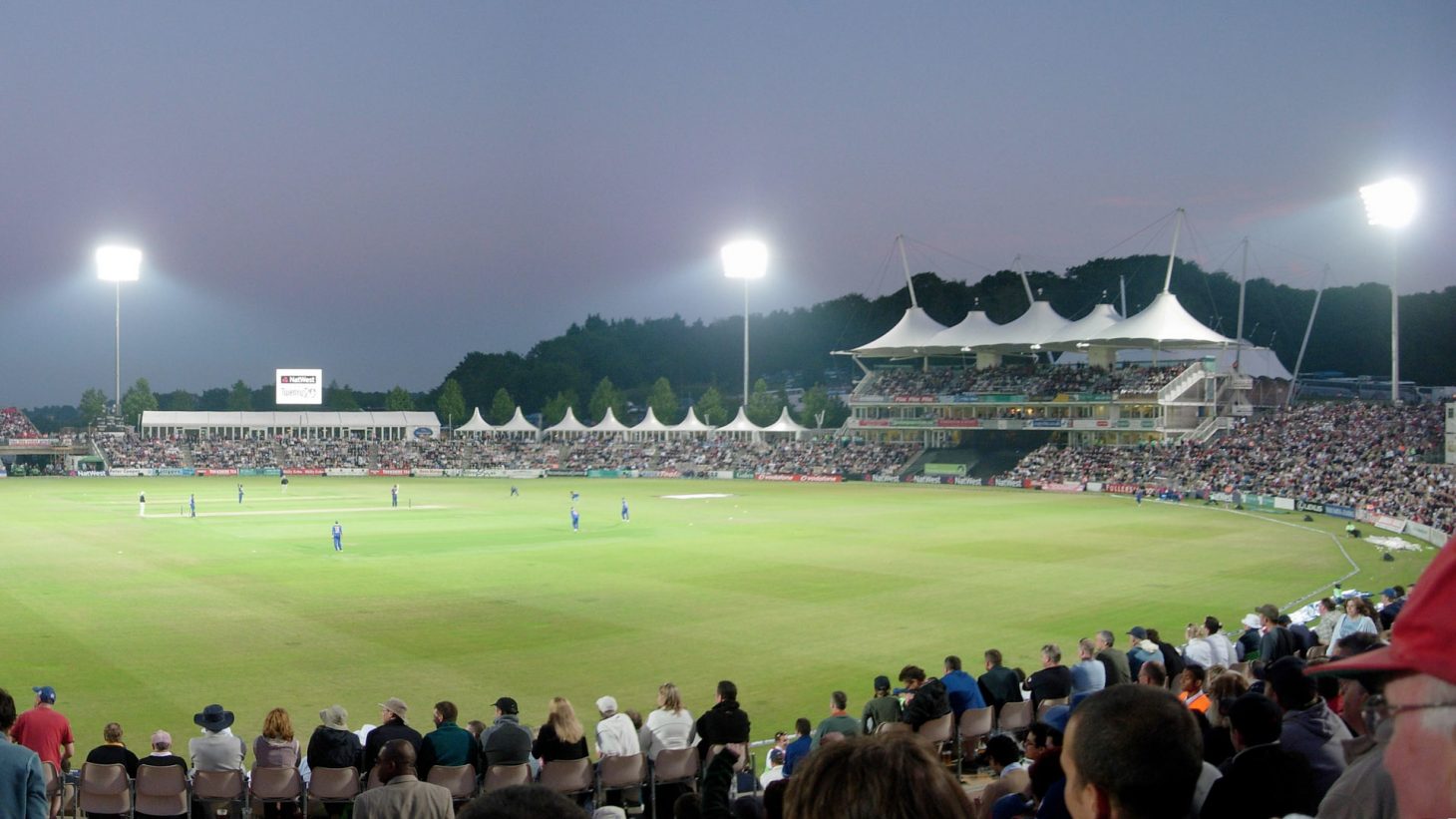 If you are thinking of visiting Ageas Bowl home of Hampshire County Cricket and need accommodation we have a number of online deals to consider. Please check out our best online rates using the booking tool.

The Rose Bowl (known for sponsorship reasons as the Ageas Bowl) is a cricket ground in West End, Hampshire, England, located between the M27 motorway and Telegraph Woods, on the edge of West End. It is the home of Hampshire County Cricket Club, who have played there since 2001.

The ground was constructed as a replacement for Hampshire’s previous home ground, the County Ground in Southampton, which had been Hampshire’s home ground since 1885. Hampshire played their first first-class match at the ground against Worcestershire on 9–11 May 2001, with Hampshire winning by 124 runs. The ground has since held international cricket, including One Day Internationals, with the ground hosting some of the matches in the 2004 Champions Trophy. Two Twenty20 Internationals have also been played there, as well as Test matches in 2011 and 2014, which saw England play Sri Lanka and India respectively.

In order to be able to host Test cricket, the ground underwent a redevelopment starting in 2009, which saw the stands built to increase capacity and other construction work undertaken to make the hosting of international cricket at the ground more viable. The end names are the Pavilion End to the south and the Northern End to the north. Following Hampshire County Cricket Club finding itself in financial trouble in 2011, the ground was sold to Eastleigh Borough Council for £6.5 million in January 2012.

OFFERS FROM THE DOLPHIN HOTEL

Please complete the information below and submit the form to be included in our future offers. (Your information will not be shared with any third parties). You can opt out at any time