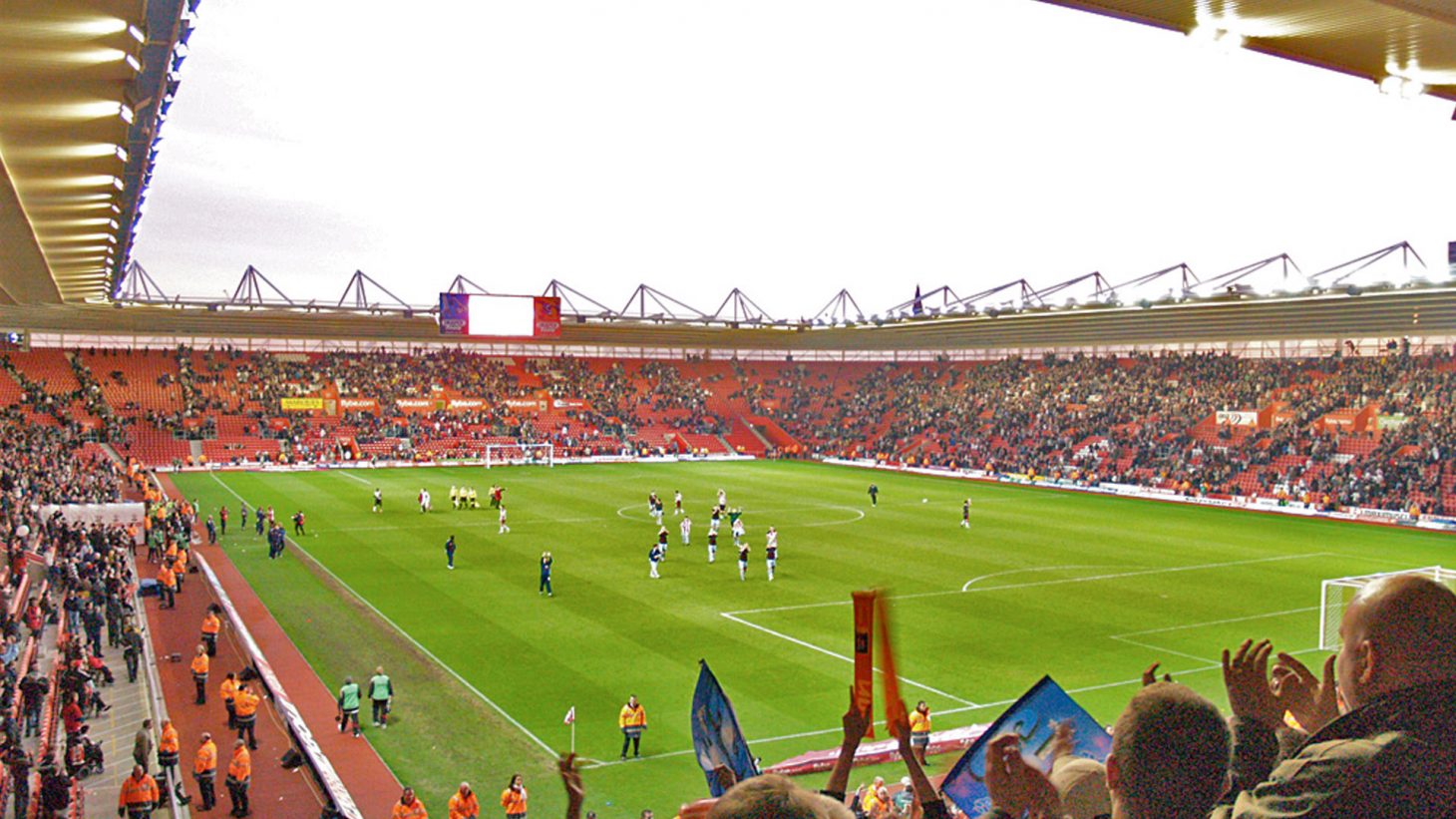 Visiting Southampton to go to the St Marys Football ground

If you are thinking of visiting Southampton FC and need accommodation we have a number of online deals to consider. Please check out our best online rates using the booking tool.

In 2001 the move from the Dell to the new St Mary’s Stadium was something of a spiritual homecoming for Southampton Football Club.

The team that play in red and white today can trace their roots back to the club formed in 1885 by members of St. Mary’s Church Young Men’s association who played their football on the banks of the Itchen for 13 years before moving on.

That success spanned some major changes for the Saints as they moved to a newly built £10,000 stadium called The Dell in 1898.

Although they would spend the next 103 years there, the future was far from certain in those early days and the club had to rent the premises first before they could stump up the cash to buy the stadium outright in the early part of the next century.

OFFERS FROM THE DOLPHIN HOTEL

Please complete the information below and submit the form to be included in our future offers. (Your information will not be shared with any third parties). You can opt out at any time

We use cookies to ensure that we give you the best experience on our website. If you continue to use this site we will assume that you are happy with it.OkRead more